A man identified as Caleb Karuna, has accused a Port Harcourt based hospital of stealing one of his twins baby during delivery through Caesarean Section (CS) .

Speaking to Bochnews, Mr Karuna said he took his wife to the hospital, KASOMENE Faith City Hospital, located at No 5 Shell Location Road, Wimpey Rumukpakani ,Port Harcourt, due to proximity and as a result of the Covid -19 lockdown, which prevented easy movement to the University of Port Harcourt Teaching Hospital, UPTH, where they had registered .
He said on arrival at the hospital, his wife was registered and scan taken revealed that she was expecting twins and that one of the babies was breached, while the other was sitting with the bottom.
It was based on the position of the babies that the doctor advised that they should prepare for CS, because the pregnancy was almost full term and that she could go into labour at any moment, which could be dangerous to both mother and babies.
“The scan showed that it was twins ,based on the scan that the hospital did that the doctor recommended that we go through CS immediately, because of the positioning of the babies and she was almost full term and that her water level was low” he said.

According to Caleb, he heed to the doctor’s advice and deposited some amount of money at the hospital to enable them commence surgery.
Mr Caleb stated that while he was waiting outside the theatre that he was called by the doctor into the theatre and was told it was not twins, but one baby.

Karuna said, “I was not inside the operating room when they were doing the operation . I was only called when the baby had been removed. It was then doctor said, the scan showed twins, but only one baby was discovered”
He stated that the doctor also asked him if he would still want his wife’s tubes to be blocked in order to prevent her from getting pregnant again.

“We had agreed she should do tubal ligation, that was what he called me for. If he should go ahead and block her tubes, so I answered in the affirmative. I didn’t want to risk her life, so I didn’t argue with them in the theatre as she was still opened up”, Caleb added.

He further disclosed that when he came out of the theatre, he saw his baby on oxygen and was told the hospital could not adequately take care of him and was therefore referred to a paediatrics hospital.
According to him, it was while he visited his wife in Kasomene hospital that she asked of her babies and he told her that they had only one.

” I told her there was no second baby as I was given only one. But she said twins were removed from her. She knows because this is not her first time of delivering through CS, Her eyes were not closed and she was seeing everything they were doing even though they were not transparent with her”. She just kept quiet, so that they will not kill her”,he asserted.

He stated that the hospital refused to give him the scan result when he requested for it, and that made him to go to the police to lay complaint.

Caleb,who said he needed justice and had written a petition to NAPTIP, called on human rights bodies to come to his aid so that he could get his baby back.

Reacting to the allegation against him, Medical Director of Kasemene Faith Hospital, Dr Kue Kasemene, denied any wrong doing. Dr Kasemene, who spoke to our reporter, said the couple was out to tarnish his reputation and that of the hospital and added that the law is there to ensure justice is done.

The doctor said that the woman came to them when the pregnancy was advanced and they carried out some tests, adding that the couple must have connived with the radiographer, whom he said, had disappeared to manipulate the scan result to suit their quest to have a baby girl.

‘I’m quite sure, that they manipulated that girl that did the scan. The report there is twins, no sex and one placenta”.

He insisted that the woman was delivered of only one baby because sometimes scan results can be wrong and only surgery can reveal the truth.
He further stated that he was surprised that the woman started crying for a baby girl three days after surgery.

“She was under anaesthesia, not that she was awake. Operation involves a team of people and not a one man thing. We finished everything, after about three or four days she started to cry that where is the baby girl. I don’t know where a girl is”.

“Whatever they did with the scan girl, I don’t know. We have done everything to get her, but she is still missing. I’m sure she has escaped out of town.” The doctor said.

The doctor equally revealed that the woman said she has three boys and had heard from a prophet that she was going to have twins and one is a baby girl.

According to him, the woman’s husband came to his hospital trying to bribe his workers in his quest to get the result of the scan, adding that he told the man that the report was in his records and that he should have come to him to demand for it.
He said when he refused to release the result, he went to report the matter to the police.

Dr Kue , who stated that he had forty years experience in the medical profession, disclosed that while at the police station, the couple denied going to the UPTH where the scan result showed that they were having a single baby.

Dr Kue said, “When the police asked them to bring the scan from UPTH, they couldn’t bring it. Apart from the register that carried their name, nothing else”. 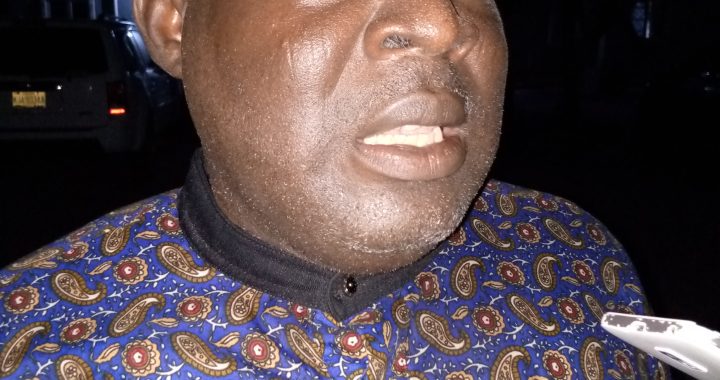 Taxation Is The Bedrock Of Every Economy – Binaebi . . . Advocates For Sensitization, Inclusiveness 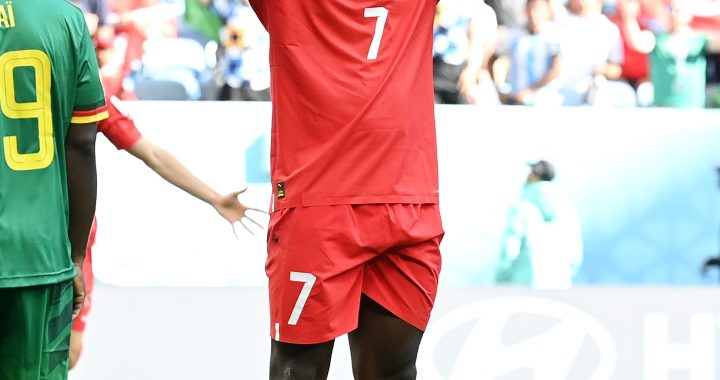 Embolo Edges Cameroon Out Of The World Cup